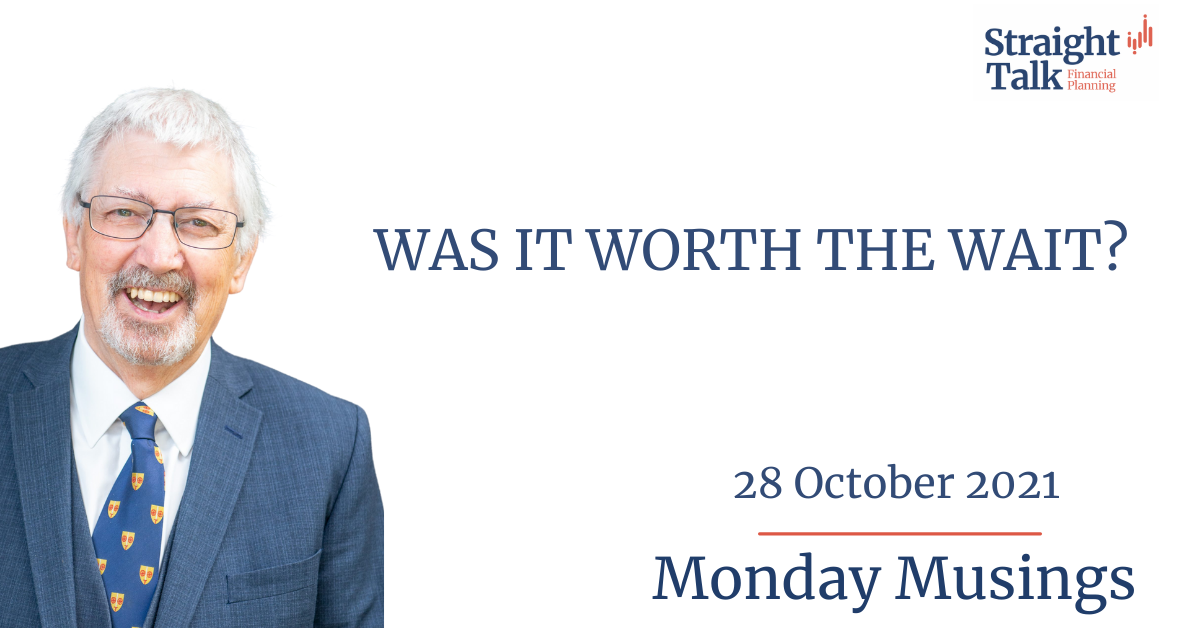 Having watched our Chancellor deliver his budget yesterday its fair to say that, from a Financial Planning perspective, none of the nasties that I was worried about happened.

I was quite concerned that he would take the opportunity to attack the various reliefs that attach to pension planning, in the event he did not, so we can all breath a sigh of relief. He did however make a couple of changes. These were to consult on the charges cap for defined contribution schemes, and to address the unfair way in which low earners were excluded for tax relief. The first of these is a fairly arcane discussion which will only impact people who are in default funds in their pension schemes which does not apply to any of Straight Talks clients. The change to low earners pension top up is a tremendous boost for people in that position.

Inheritance Tax was another area that was widely thought to be a potential target, but he has left things unchanged from the announcements made in March 2021.

Capital Gains Tax had been promoted as somewhere he could tinker with the rates and allowances, but these remain unchanged.

Income Tax rates have been left as they were. You should be aware that the rate for dividend income goes up in the next tax year.

Corporation Tax rules have not been changed from his announcement in March2021.

ISA allowances will remain as they were as well as subscription levels to Junior ISAs and Child Trust funds.

Opposition parties had been pushing for an immediate reduction in VAT on fuel bills which would help low earning households. Richi did not do this, and his explanation was that it would be totally untargeted relief which would actually benefit richer people who have bigger houses and bigger bills. This is an example of both arguments holding water and another reason I would hate to be the one making these decisions.

So, was it worth the wait? If you would like to discuss these matters, anything that has arisen from the budget or any other financial planning issues please do get in touch.

Use it or lose it

Use it or lose it - Monday Musings 17/01/2022 Although it seems impossible, we are approaching the year end again, April 5th, so it is time to ensure that we.

A New Year Beckons - Monday Musings 10/12/2022 Welcome to this the first Monday Musings of 2022. There are several topics that I could muse on this week but of.

I’m dreaming of a Christmas

I’m dreaming of a Christmas - Monday Musings 13/12/2021 There are a few things that have or may happen this week that are worth talking about. First I think is.