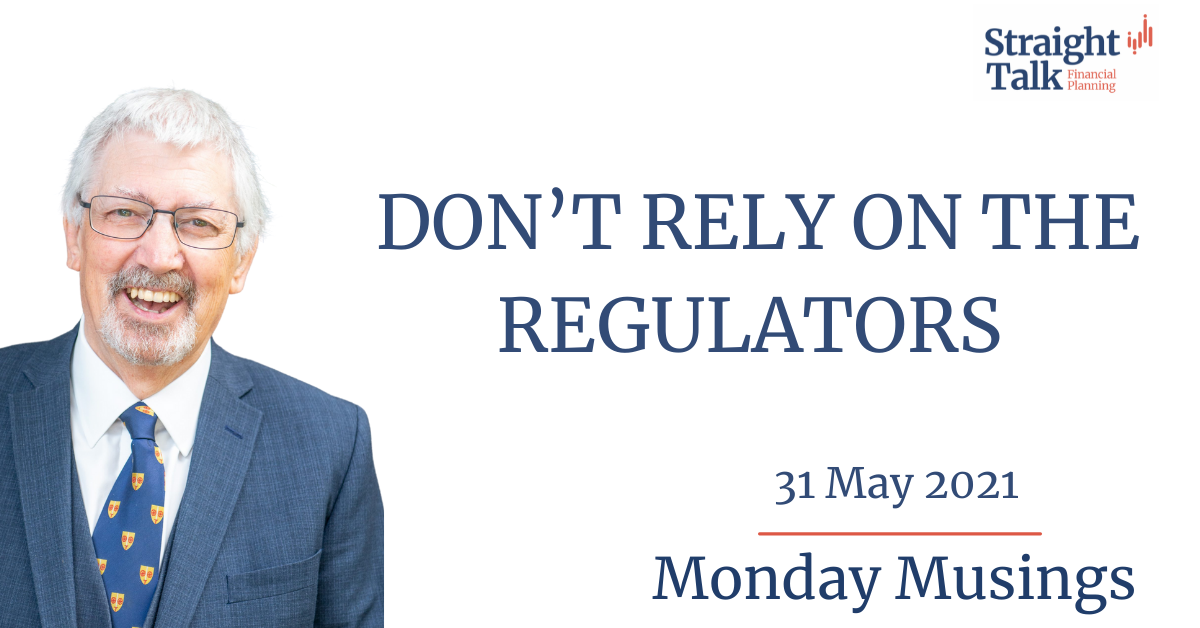 Don’t rely on the Regulators

Having just had a week off playing with my “Big Green Egg” I have tried not to follow the financials too much and so avoided the financial pages as much as possible. However, one story caught my eye, the one that says that the Financial Conduct Authority (FCA) have told the folks who lost a bundle when Neil Woodfords Investment Management firm collapsed in June 2019 that it could be another year before they are ready to publish their findings. This means that it could be three years before the victims find out why they lost their cash. Although this sounds like a long time, it is not dissimilar to a case I have been helping an elderly gentleman with. This poor chap had his Ford Motor company pension scheme switched to a Self-Invested Pension Scheme by an IFA firm in 2012. Ford transferred £160,000 to the new scheme, it is currently worth £30.00, that’s right thirty pounds. I took the case to the Financial Ombudsman in May 2019 and it took until May of this year to get a final decision from the Ombudsman.  The firm concerned is still trading and making huge profits in spite of the fact that they have had numerous, 100 plus- complaints upheld against them for the same conduct. When I asked the Ombudsman if they had informed the Fact, they said they had put in a Freedom of Information request to the FCA asking why when they had been informed of the companies track record, they continued to allow it to be regulated. Their response was that they wouldn’t answer as it was commercially sensitive.  So here we have two Regulators charged with protecting the public who seem to have no idea what the public need, a good arbitrator who can act swiftly to resolve what for many people is a life changing situation. By the way if you want to know the name of the IFA I have been fighting drop me an email on david@straighttalkfinancial.co.uk

Balancing your financial options. Balance. It’s a good word isn’t it? Keep everything in balance. A little bit of this, a little of that…. I remember Dad teaching me about.

This weekend involved a lot of garden. And cocktails, but mostly garden. I’ve been battling a persistent nettle and bramble patch. The battle may have been won but the war.

Monday Musings 09.05.2022 - Weathering the financial storms Oh dear. Do you think BoJo saw it coming? No, neither do I. Someone saw something coming in parliament, but this particular.